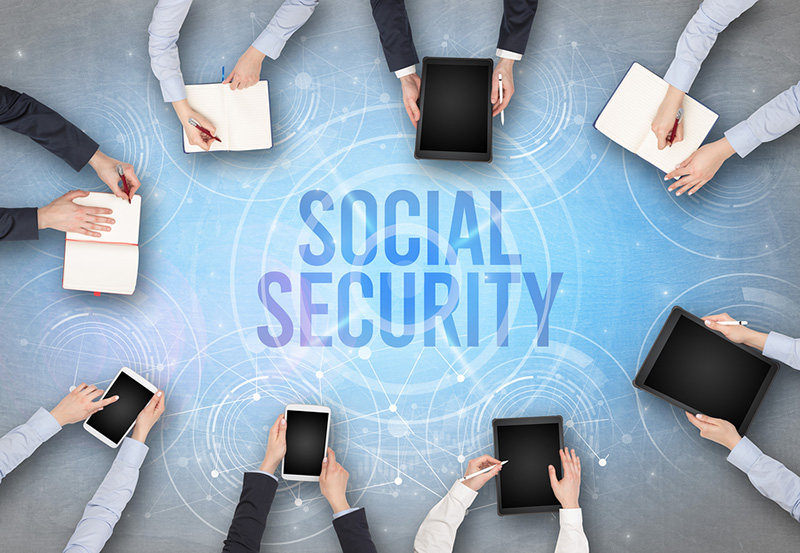 One of the beauties of Social Security Retirement benefits is the cost-of-living adjustment (COLA). The COLA is simply an increase to a covered worker’s benefit to maintain their purchasing power. A covered worker is a worker from whose compensation Social Security taxes have been withheld. The long-term average annual COLA is 2.2%, but it can be as low as 0% or as high as inflation.1 The COLA adjustment for will begin in January 2022 and is expected to be the highest in four decades at approximately 6%.

Before explaining the secret, we need to understand key terms such as Average Indexed Monthly Earnings, Primary Insurance Amount, and Claiming Age Adjustments. Here’s the relationship between those terms:

The first step in determining how much a retiree receives as a retirement benefit starts with Average Indexed Monthly Earnings (AIME). The Social Security Administration calculates a covered worker’s AIME based upon their highest 420 months (35 years) of earnings. “Indexed” means prior month’s earnings are adjusted (increased) to reflect annual increases to the national average wage over the years.

AIME is part of the PIA calculation, but the covered worker’s retirement benefit is not equal to their AIME. The AIME is reduced to determine PIA. These reductions are referred to as “bend point reductions.”

For example, assume your clients Bill and Jack reached their normal retirement age in 2021 and claimed Social Security Retirement benefits in 2021. Their AIMEs were $1,500 and $10,000 respectively. The bend point reductions3 are reflected in the chart below.

Deferred claiming—the covered worker could choose to delay the claiming retirement benefits. A covered worker waiting until age 70 to claim Social Security Retirement benefits would receive as much as a 32% increase in their benefit. For example, a worker with a $2,000 PIA and a 32% deferred claiming credit would see their monthly benefit increase to $2,640. That’s an annual increase of almost $7,700 for life.

You or your client may receive a higher retirement benefit than projected by Social Security (see My SSA Account).

For example, assume a covered worker plans to delay claiming until age 70 and is currently age 62. The projected Social Security retirement benefit payable at age 70 will NOT include increases from wage inflation during the eight years from age 62 to age 70.  What does this mean for retirement planning? The actual benefit paid annually could be as much as $2,000 higher than the estimate. For a client living until age 90, that adds about $46,000 to lifetime income.  Even if the client claims benefits at age 67 instead of age 70, that adds almost $35,000 to lifetime income.

The information presented herein is provided purely for educational purposes and to raise awareness of these issues; it is not meant to provide and should not be used to provide Social Security, retirement, tax, legal, insurance, investment, compliance or financial advice. There are variations, alternatives, and exceptions to this material that could not be covered within the scope of this blog.

1 Social Security uses the CPI-W inflation measure.
2  Every year a covered worker delays claiming from age 62 through age 70 will increase the monthly retirement benefit paid to the covered worker by a compounded 6% to 8%.
3 See https://www.ssa.gov/oact/cola/piaformula.html