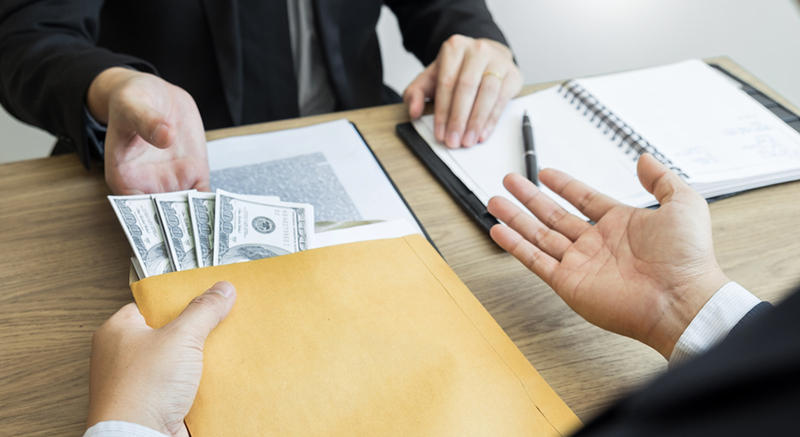 A kickback is an illicit payment made to a person who uses their position of power to influence a transaction. The practice is common in the business and finance world. Since kickbacks are illegal, they are hidden, and therefore hard to discover at times.  Not this time.

It was discovered that Appleton’s founder and former CEO, James E. Putman, was accepting $1.24 million in kickbacks for influencing his clients to invest in unregistered, suspicious funds.  As a result, Putman had his CFP designation removed permanently, was ordered to pay a hefty $1.7 million judgment and a smaller, but still cumbersome, civil penalty of $130,000.

Prior to the bust, Putman’s firm had roughly $131 million under management and served 447 clients. Many of the clients were retirees seeking safe and stable investments. Instead, they were lured into misleading financial investments. Two of them alone had $88 million invested. Of course, these funds were the ones whose managers paid out nice kickbacks.

The bubble burst when investors of one of the funds received a letter stating there was not enough money to pay redemptions fully and the percentage would be limited to 2% per value of individual investment. Instead of placing the retirees’ money into stable and low-risk funds, the money was invested in risky sub-funds, real estate financing funds, life insurance premium financing funds, and a water park.

At the time, the investors were told these were stable and conservative investments that outperformed industry benchmarks.

In the end, a number of employees resigned and the firm told investors that it would liquidate the funds and no longer accept redemptions. Unfortunately, the funds only had $6.3 million left to distribute and the majority of investors were able to recover only a fraction of what they had originally invested.

Source: CFP Board Disciplines Planner for Taking $1.24 Million in Kickback

View all posts by Michael Sorrow →